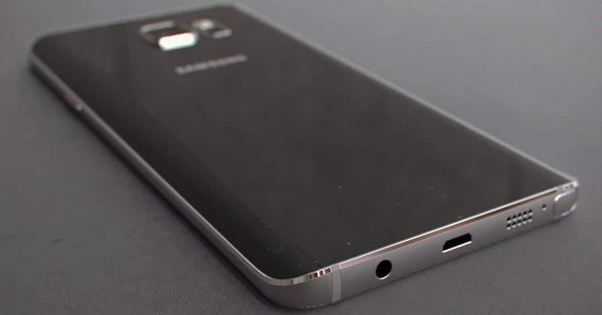 The Samsung Galaxy Note 5 is all the hype for Android fans across the globe. Many of us could agree that the Note line-up features Samsung’s true flagship smartphones year after year. These over-sized devices usually sport higher-end specs and a more refined design over the Galaxy S series. There is no shortage of rumors and leaks this year (just like every other). Our Samsung Galaxy Note 5 rumor roundup includes all kinds of juicy details, but we know many of you are more worried about how the device will actually look.

We have seen leaked images, renders and CAD designs but none of them quite give us a convincing look at the phone. Talented CAD artist Ivo Marić has taken these models and rumored design elements to create what could be the most realistic glance at the upcoming Samsung Galaxy Note 5.

Disclaimer: while these photos look amazingly real, they are just renders Ivo Marić created from previously leaked data. These are to be treated as unofficial images and should only portray a representation of the Samsung Galaxy Note 5’s probable appearance.

With that out of the way, I need to say this guy is talented! I mean, these phone renders give off an appearance of being handled and even show what seems to be dirt. Let’s get back to the phone, though.

These renders incorporate the new design Samsung introduced with the Galaxy S6 and S6 Edge. The images show chamfered edges, a metal frame and glass on the front and back (which happens to be curved). There’s also an auto-ejecting S-Pen and your usual ports.

So there you have it! Just a quick look at what the Samsung Galaxy Note 5 may look like. It’s still a bummer to see that all evidence points toward the Note 5 letting go of a removable battery and microSD card support. The handset does look gorgeous, but is that enough? Sound off in the comments to give us your take on these renders.