Samsung’s as-of-yet-unannounced Galaxy C series is quickly becoming the company’s most aptly-named nomenclature yet, as the entire mobile blogosphere has already been treated to several visual tours. Today however, the final layer of mystique can be peeled back and laid bare, as China’s TENAA telecommunications regulatory agency has now gotten its hands on one of them, the Galaxy C5: 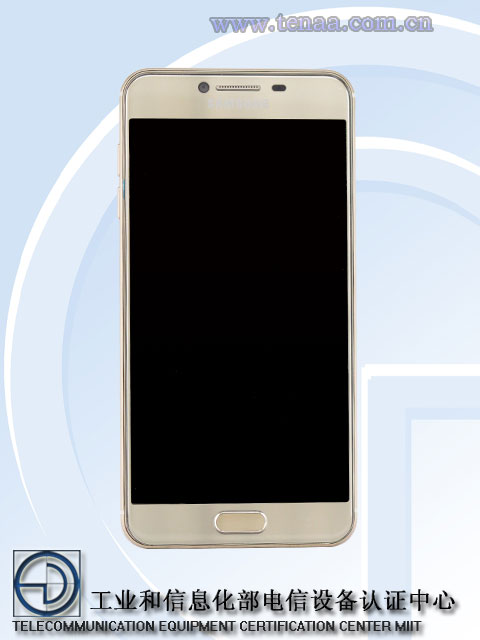 The first image is the front of the device which, for lack of better words, almost looks to be a Galaxy S7-mini. The fact that the capacative buttons actually blend into the front face color is worth pointing out, given that Samsung’s lower-end devices essentially have permanently visible, painted on icons that are thus visible even when not backlit. Even the earpiece looks to be colored in-tune with the front. Additionally the size of the home button serves to imply that a fingerprint reader is included. 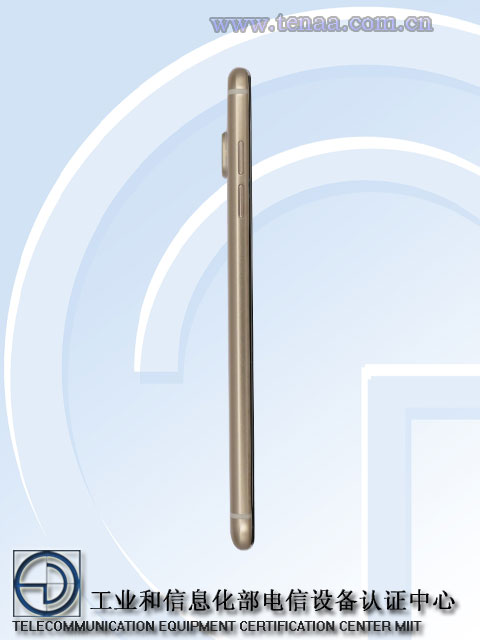 The left side of the device is completely plain save for the separated volume buttons, another suggestion of more premium-quality as opposed to a single piece of plastic – or metal in this case. The antenna bands can be seen spanning the sides. 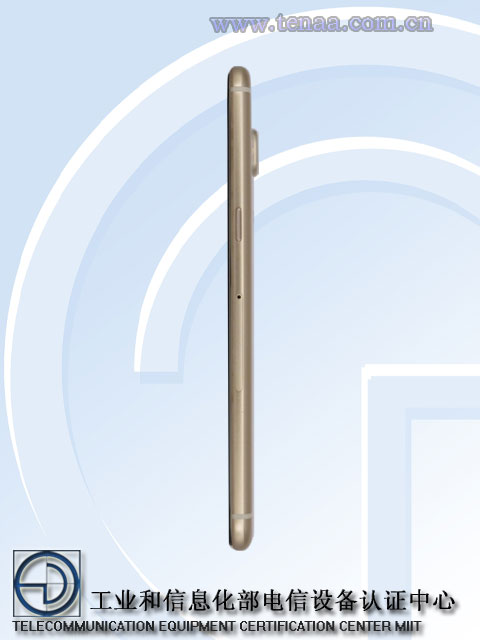 The right side of the device has the power button, as well as an extra-large SIM tray. This suggests that, as with other recent Samsung phones, there will be one single tray that has two sections that allow for either Dual-SIM support or else one SIM and a microSD card. 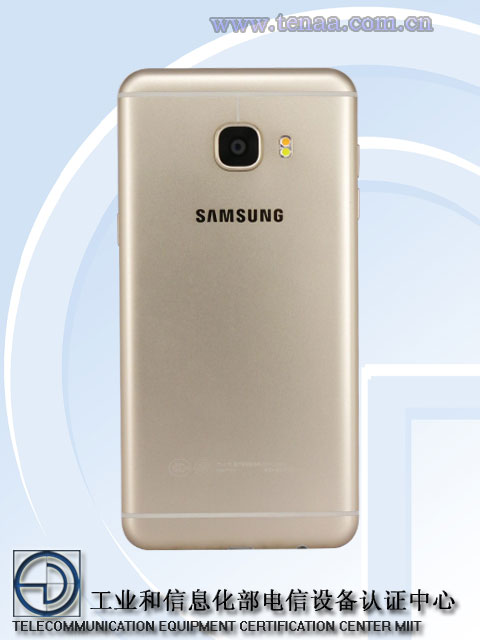 The back of the device is perhaps the most interesting – and unique – part. Some have already suggested that Samsung has “borrowed” design elements from the HTC One series. What is of particular note here is perhaps the Dual LED flash, which should hopefully improve picture quality in darker lighting.

In addition to these four photographs, specs were also listed. The phone, SM-C5000 (the Galaxy C5) has a 5.2-inch Full HD SuperAMOLED, an Qualcomm Snapdragon 617 Octa-Core SoC, 4GB of RAM, 32 (or 64) GB of on-board storage, a 16-megapixel rear camera and 8-megapixel front facing camera, microSD support, a 2,600mAh battery, and ships with Android 6.0.1 Marshmallow.

Will customers ultimately see the C as different from the A (pictured)?

The phone is made of metal, which serves to elevate its build quality and specs, which admittedly are between mid-range and lower high-range given the presence of 4GB of RAM, something not even the newly announced Moto G4 models have.

As per yesterday’s news, Samsung is expected to officially announce the Galaxy C5 – along with the slightly larger Galaxy C7 – on May 26th at an event in China. It is currently unknown as to if or when this pair of products will be produced for purchase in overseas markets.