The CuBox-i is certainly an interesting mini PC. It offers a lot of flexibility since its support for Android and Linux is excellent, and it excels at running Kodi.

One of the most important commercial uses of a Single Board Computer (SBC) is as a prototyping and rapid development platform. Recently I reviewed the HummingBoard-i2eX, a SBC from SolidRun that is compatible with Android and Linux. Since the proof is in the pudding, SolidRun has used its own tech to create a truly miniature PC. 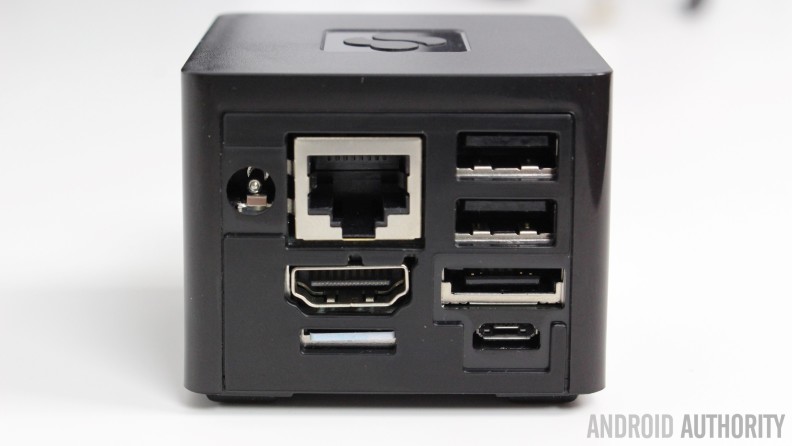 To fully understand the innards of the CuBox-i you should check out the full review of the HummingBoard. But in short, both devices use Freescale’s i.MX 6 series of processors. The i.MX 6 range is based on ARM’s Cortex-A9 design, and scales from single- to quad-core.

I recently got my hands on a CuBox-i2eX from SolidRun. Let’s take a deeper look, shall we?

Here is a detailed look at the CuBox-i specs: 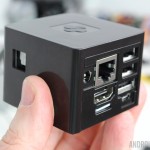 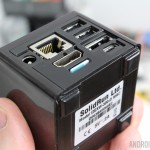 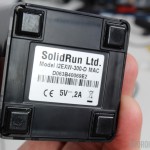 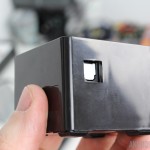 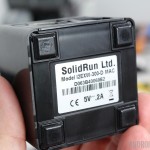 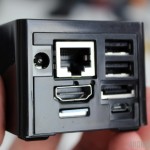 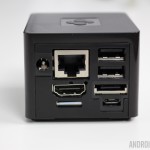 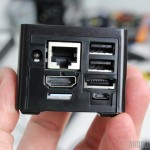 One of the primary uses of the CuBox-i is as a media player. Since the cube supports Android and Linux then there are several different ways to achieve this. For example, you could use Android with an app like Netflix, or you can use Linux with a media player like Kodi (previously called XBMC).

SolidRun provides a couple of Linux distros that boots straight into Kodi. One is GeexBox XBMC, the other is OpenELEC (Open Embedded Linux Entertainment Center). OpenELEC is a small Linux distribution that turns the CuBox into a Kodi media center. 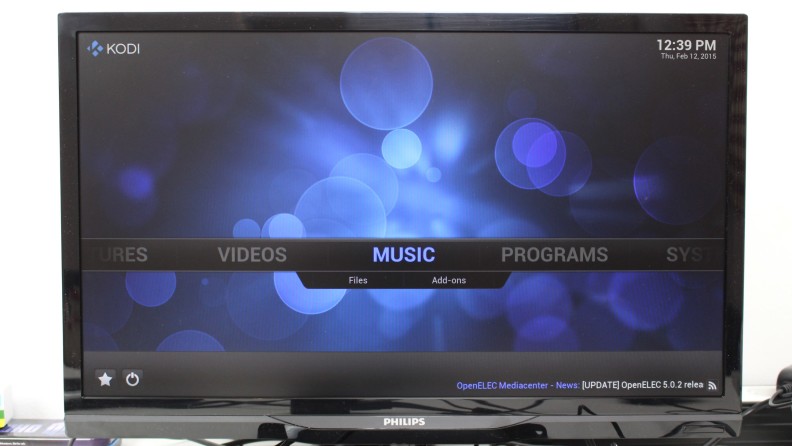 In fact, you can order a micro SD card pre-loaded with OpenELEC when you buy the box. This makes using Kodi a breeze. Just boot up the CuBox and you are straight into the media player. I did a brief test by inserting a USB stick with some MP4 video files. The USB drive was recognized by the CuBox without any problems. I was able to navigate to the files from within Kodi and play the videos. The playback was smooth, and the sound goes through the HDMI cable to the TV.

One of the great features of Kodi is that there are Android apps which act as remote controls. I downloaded Yatse, the XBMC / Kodi Remote and tried it out with the version of OpenELEC running on the CuBox-i. The app found the CuBox-i straight away and I was able to control Kodi easily. 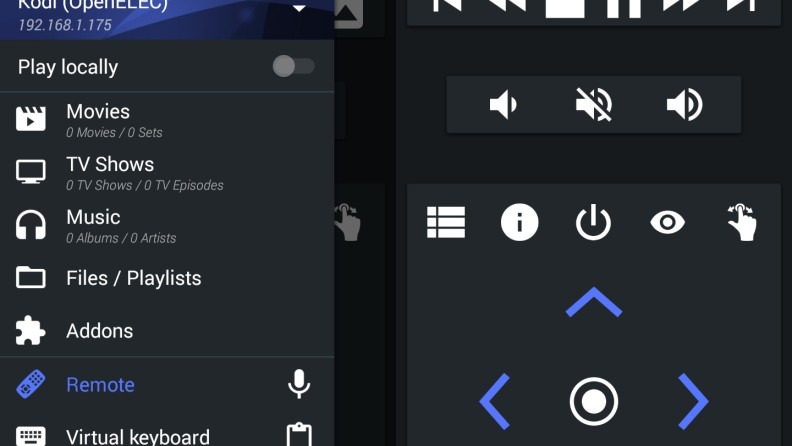 If you do want to try other operating systems then SolidRun has a special firmware called Ignition, which allows you to easily download new firmwares. First you need to download Ignition from SolidRun’s website and write it onto a memory card using Win32 Disk Imager. Then you boot the CuBox-i with the Ignition firmware and use its UI to pick which operating system you want to use. Ignition will then download the OS and write it onto the micro SD card. Once copied you just reboot the cuBox and the new OS will start-up. 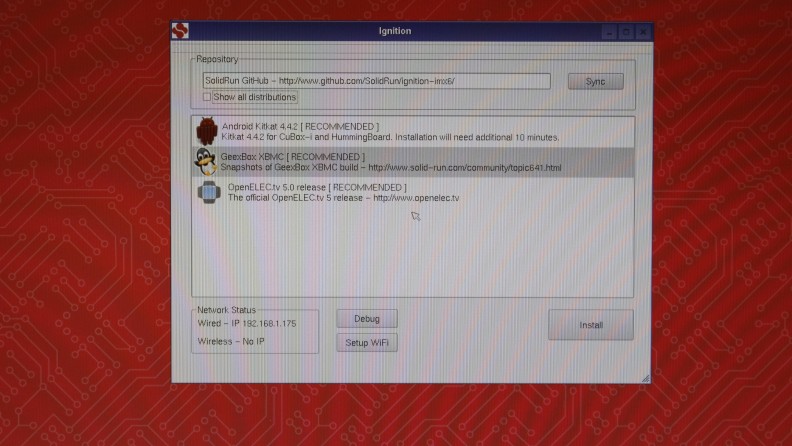 If you want a Linux distro that isn’t on the official list in Ignition, then there are plenty of community provided distros which can be written directly onto a micro SD card. You can find full instructions on SolidRun’s website.

The CuBox-i is compatible with Android and currently runs Android 4.4 KitKat. It is one of the official firmwares that you can download via Ignition. The Android experience is pretty good and for the most part you get the same experience as you would from a smartphone or a tablet, sans the touch screen. 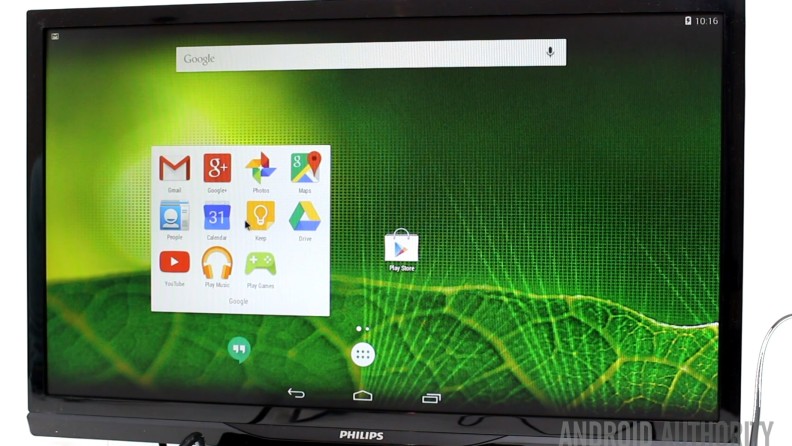 For media playback, the CuBox-i supports accelerated decoding for a large number of video standards including MPEG-4 ASP, XVID, H.264 HP, H.263, and VP8. I tested the CuBox-i using YouTube and using Netflix. Both ran without any problems.

The only minor problem with Android on the CuBox-i is that it doesn’t recognize flash drives when they are plugged into the USB port. This isn’t something that most Android users try with their smartphones, so it isn’t surprising that it doesn’t work. The HummingBoard-i2eX had the same problem. It is an Android specific issue, as USB drives work fine under Linux and OpenELEC.

There are several different Linux distributions available for the CuBox-i, many via Ignition. On the list you will find popular names like Debian, Arch and OpenSUSE. Unfortunately, many of the distros come without a desktop and you need to login via the command line interface. That doesn’t mean you can’t add a desktop, but some extra effort is required. One exception is OpenSUSE. During the Ignition installation you can opt to install XFCE. After the initial install you are taken through a text based wizard which configures a few things about OpenSUSE. Once the configuration process is completed you have a full XFCE desktop, and you have access to quite a wealth of applications. Programs like Firefox and GIMP and pre-installed and you always have the choice to add more.

There is quite a strong community behind the HummingBoard and the CuBox, so there is no shortage of Linux distributions and for those who want to hack, port, code and tinker, then the CuBox offers just as many opportunities as any of the popular SBCs or mini PCs.

The CuBox-i is certainly an interesting mini PC. It offers a lot of flexibility since its support for Android and Linux is excellent, and it excels at running Kodi.

The design of the cube is neat and inspirational. The box is unimposing, but yet when noticed it will impress. It is certainly a clever to way turn a normal TV into a Smart TV or a media player. The CuBox-i2eX is available now for $ 120 from SolidRun’s website.