Imagination Technologies, the British research and development company whose favorite topics are semiconductors and intellectual property licensing, has released two bits of noteworthy news this week. Not only have they released a software image for the Google Nexus Player that supports Vulkan 1.0, they’re also publishing the source of their telling Gnome Horde demo, which has been used to showcase the Vulkan API’s capabilities. 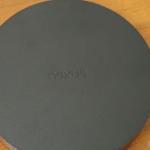 See also: Nexus Player review: a good start for Android TV, but not without quirks11

The Google Nexus Player is the search giant’s attempt to provide an Android-centric one-stop-shop for all of your entertainment needs. Although the Vulkan graphics API is very much a new player in the market, its promises of cross-platform access and high-efficiency rendering could be a nice match for the Nexus Player, which runs on Imagination Technology’s PowerVR G6430 graphics (by way of the device’s Intel Atom Z3560 system on a chip). Furthermore, Imagination is making public the source for Gnome Horde, a demo that the company has been using extensively over the past months, shown above.

Both of these releases are part of the PowerVR Early Access Program, which seeks to put tools into developers’ hands that will let them get cracking on Vulkan-friendly hardware as soon as possible. To read more about this program, head on over to Imagination’s official landing page.

In the meantime, let us know what you think about these releases. If you’re a developer, we’d love to hear your thoughts about how the Vulkan API will affect graphics in the Android ecosystem. Is it a definite improvement, or mostly smoke and mirrors? Let us know your opinion in the comments below! 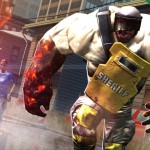