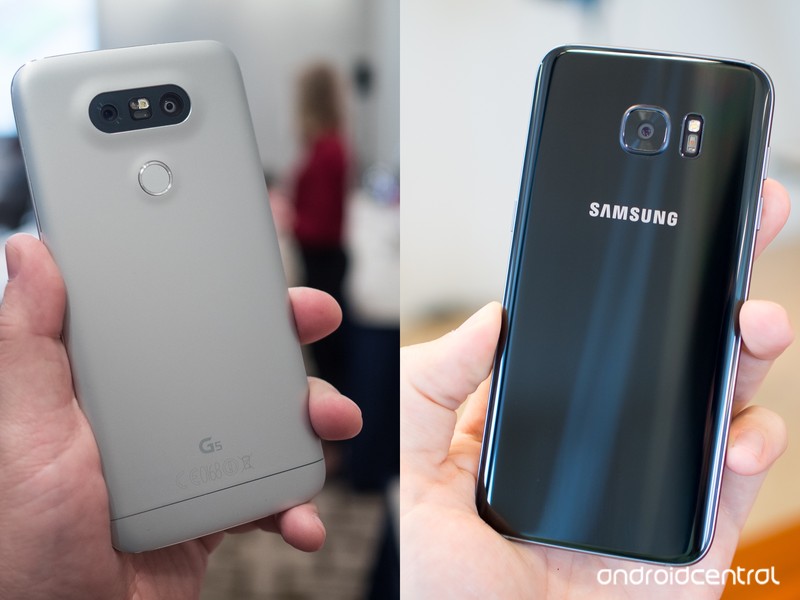 Today, we got our first official look at the two biggest Android phones of 2016 — the LG G5 and the Samsung Galaxy S7.

Some things stayed the same, some things changed, and some things are brand spanking new. We saw new accessories like 360-degree cameras, a focus on VR and rollerballs. We saw a lot. Not everyone will like everything we got to see, that’s for sure. Smartphone fans are a fickle bunch.

Now that we’ve seen most everything there is to see about the G5 and the S7 (there will always be surprises) it’s time to think about who did it best — the devices, the presentation and the hype. See who we think did it best at MWC 2016. 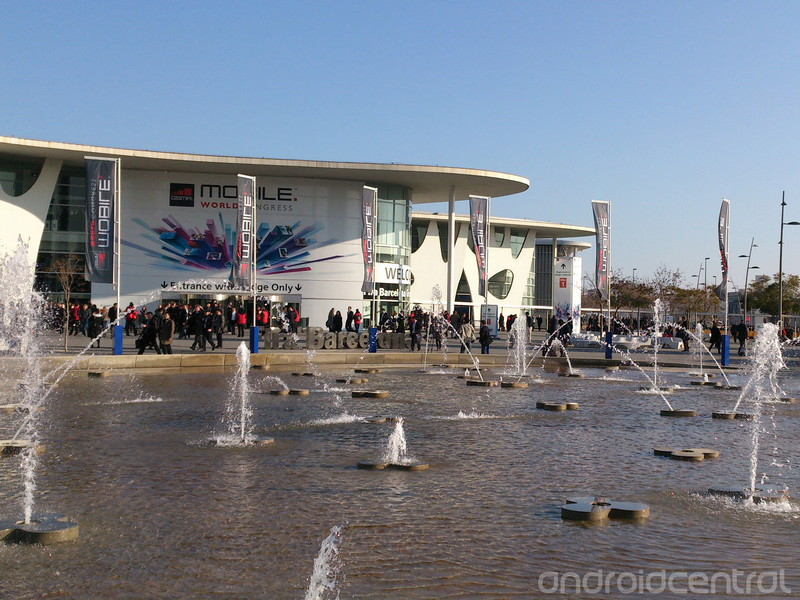 Nobody “wins” Mobile World Congress. Oh, awards will be given and accolades bestowed. But the real winners are those who already are fans of LG and Samsung.

I’ve been to nearly every “Unpacked” event, and this was the best.

LG did what it does every couple years and went far afield. Samsung took last year’s really good phone and made them even better, while adjusting things so that maybe the Galaxy Note line won’t encroach on the “regular” phones quite so much.

LG did really well for LG with an intriguing phone, but accessories that don’t quite seem rise to its level. And you have to wonder what the modules will cost.

Samsung outdid Samsung. I’ve been to nearly every “Unpacked” event, and this was the best. (Topping Berlin last fall was a tall order, but they pulled it off.)

Samsung just plays on another level than everyone else these days. And it does so without the pretension and forced sense of importance we’re subjected to by its biggest competitor. 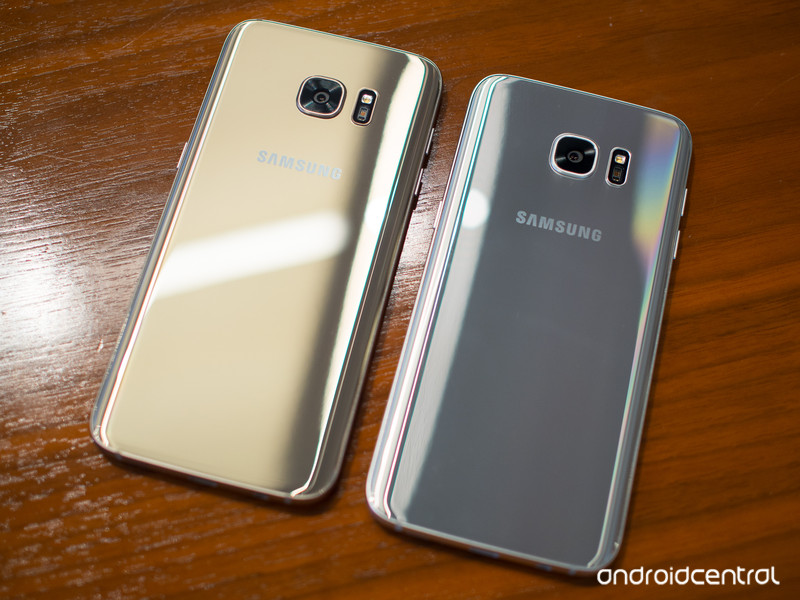 Samsung had Zuckerberg. LG had a robot ball.

And while the LG G5 is a fine phone trying a great number of new things and a complete rethink of LG’s hardware design language, somehow it just felt like an amalgamation of gimmicks. The Galaxy S7, on the other hand, is merely an evolution over its predecessor, but comes across as a complete thought. Where LG is zigging and zagging from generation to generation, desperately trying to find something that will catch fire and ditching the things that aren’t (so long, rear-mounted buttons), Samsung is powering ahead at full steam.

The G5 is a fascinating phone for sure. They’re throwing nearly everything against the wall with this phone — an always-on LCD display, dual rear cameras (one with an extra-wide-angle lens), a metal unibody with a removable battery and swappable expansion modules — and yet I came away underwhelmed by it all. For as fascinating as it is, it seemed uninspired. Samsung, on the other hand, came out in full force with a phone that’s a clear evolution of the Galaxy S6. The metal frame, the sloping glass body, the excellent rear camera… everything that Samsung did with the S7 was an improvement on the S6. LG came out wildly firing everything in their arsenal; Samsung launched a targeted tactical strike.

Also, Samsung had Zuckerberg. LG had a robot ball. 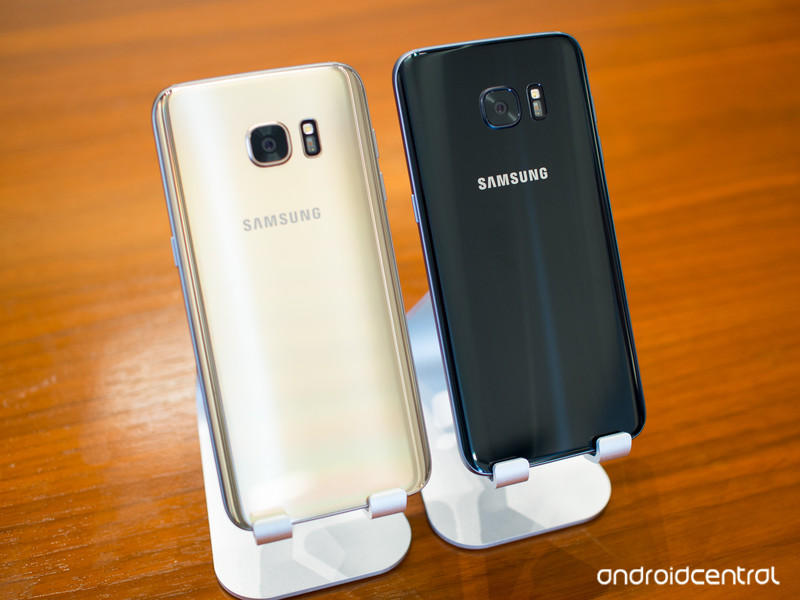 I have to applaud LG for its improvements over last year’s G4. The LG G5 stepped up to the plate with a metal build, but isn’t winning me over with its changes to the software and a secondary ultra-wide angle camera that’s simply paired with the same main shooter as last year. At the same time, the two modules the phone is launching with haven’t caught my eye — and I don’t expect to be won over when the prices come out.

I think the “winner” at this point has to be the Galaxy S7.

Meanwhile, I feel Samsung was already coming from a position of strength, with the Galaxy S6 really only losing in terms of battery life last year. With the Galaxy S7, that shouldn’t be an issue anymore, and there are so many extra features thrown in. The new camera looks to be promising as it builds on its success last year, and the SD card slot is a bonus for those who want it. The external hardware is similar to last year but that’s a good thing to my eyes, and at this point the software is quick and still seems to be a better overall experience than LG’s.

Things can change over time, of course, but I think the “winner” at this point has to be the Galaxy S7. 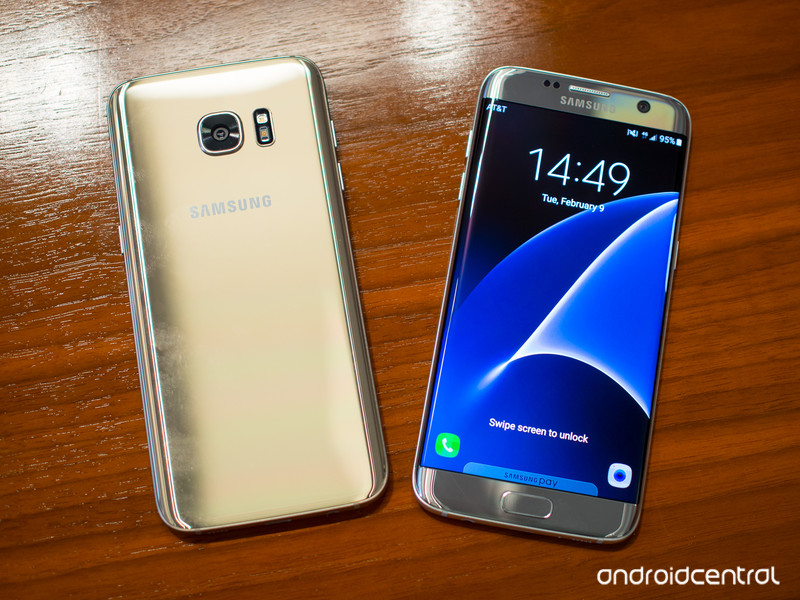 It’s a clear win for Samsung. The manufacturer had a strong showing last year, and built upon it in the areas that mattered without resorting to too much gimmickry. Whatever you think of the weird Gear VR press conference, and the over-the-top visual bombast with which the Galaxy S7 series was announced you can’t argue with the products themselves. The GS7 and GS7 edge both look to be solid devices, and because of features that are actually going to benefit users, like a larger battery, improved low-light camera performance.

Samsung built upon last year’s success in the areas that mattered.

By comparison, LG relied firmly on eye-catching novelties like detachable modules, a dual camera setup and a weird array of “friends” that most buyers won’t bother with. Then there’s the fact that LG’s actually cut back on battery capacity from last year, and that it remains to be seen whether the main camera (the non-wide-angle one) is actually any better than last year. LG wasn’t forthcoming with word on any improvements.

Maybe plugging your phone into a plastic shell and strapping it to your face is dumb. Maybe Samsung’s still over-designing its UI a little. But the company showed that beyond all this stuff it’s capable of creating stunning Android phones with very few compromises. 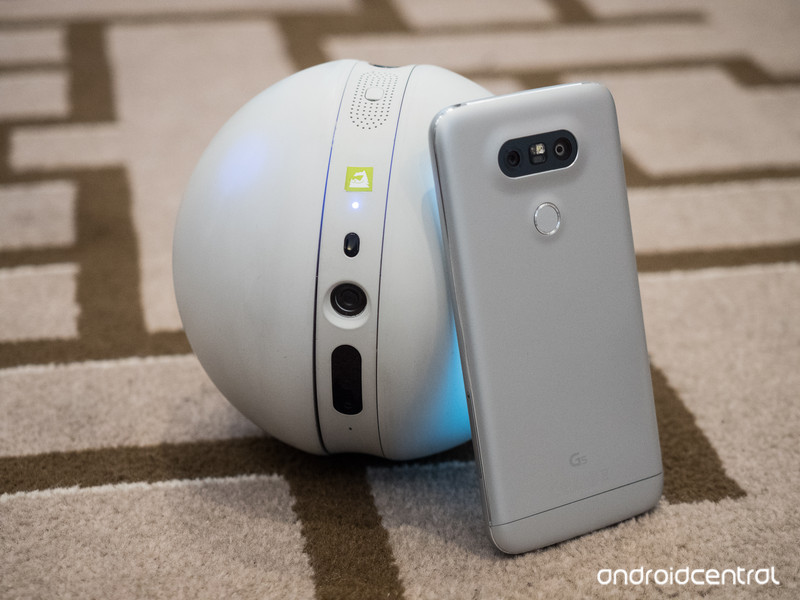 Samsung demonstrated they’re listening to customers and are improving in the areas they know will sell more phones. Samsung is also pushing full steam ahead into their GearVR platform. Both of these things make me very happy as a user and a nerd.

The G5 looks like it’ll be a ton of fun to play with.

That having been said, LG stole the show for me. The speech about how phones haven’t really changed in these last couple of years really spoke to me, and the G5 looks like it’ll be a ton of fun to play with. Also, the “Friends of G5” accessories might add well have been marketed directly at my wallet. USB-C accessories that also play nice on things that aren’t the G5? A rolly robot with a camera that also gives me back smartphone-controlled IR for my TV? I’ll take two of each, thanks.

Choosing between the two, having not touched either yet, isn’t a decision I’m ready to make. Choosing which presentation left me more excited to touch what was announced, however, is something I happily award LG. I’m not going to be using either of these phones very much throughout 2016. They just aren’t my cup of tea. Having said that up front, I’ll give the nod to Samsung — because LG did everything they could do to lose.

If I had to choose I’d go with the Galaxy S7 edge.

Samsung gave us pretty much what we expected — a similar design to last year’s model (that was gorgeous) with better “stuff” inside and an SD card slot. Everyone pretty much knew what we’d see from the S7, and most of us realize that you should never do away with what is already good when you try to make something better. People who loved the Galaxy S6 series (and that’s a whole lot of people) will feel familiar with and love the Galaxy S7 models. There will be bumps in the road, there will be quirks in the software, and people will find things to complain about — but the S7 looks to be a very nice product.

LG on the other hand, well they tried to once again reinvent their G series. I think they look good — pink combined with that Battlestar Galactica camera assembly is the new hotness — but I’m not liking the whole modular thing they have going on. I want great controls for my camera on a phone. I want great headphone audio on my phone. I just don’t want to have to buy a doohickey that plugs into the bottom — and I want both at the same time. Don’t even get me started on the back button thing. Or the interface thing. Or the way this hot-swap stuff is going to affect updates.

I can’t tell you that either choice is a bad one for you to make, but if I had to choose I’d go with the Galaxy S7 edge.

Who do you think did it best?

A surefire way to get people riled up is to ask which anything is best. People are passionate about the stuff they like.

Without being too unruly, vote and tell everyone who you think did it best then jump into the comments and talk it out.

Holus brings 3D holograms to the home and office