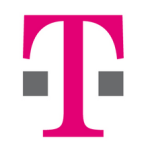 A new leak points to big changes about to hit T-Mobile, and these are the good kind of changes. According to TmoNews, the carrier will be adding mobile hotspot to all active plans (even prepaid) on June 12th. It will also boost some hotspot caps and stop using hard caps entirely.

All of T-Mobile’s current Simple Choice post-paid plans have tethering included, but there are still some older plans that don’t.

T-Mobile Expected To Add Mobile Hotspot To All Active Plans (Even Prepaid) And Move To More Lenient Soft Caps On June 12th was written by the awesome team at Android Police.

Grow to be an Exceed Expert for less than $30