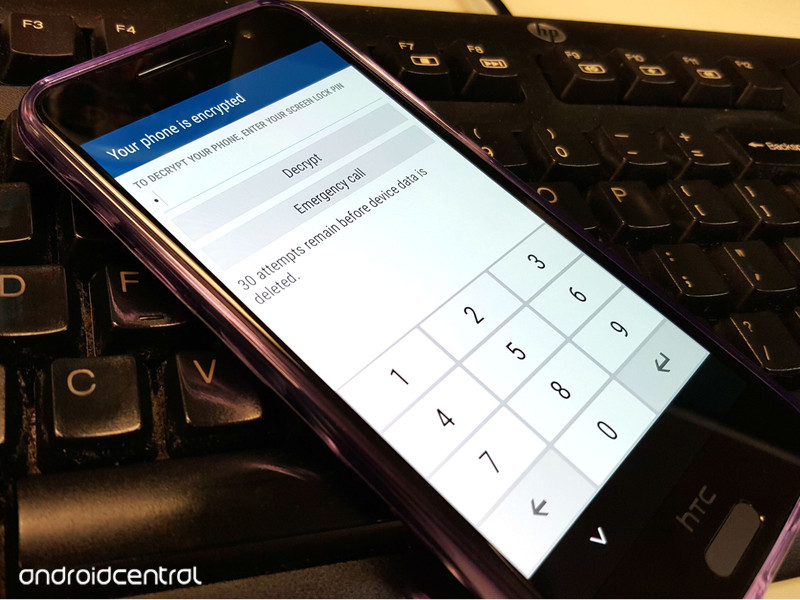 The HTC One A9 may boot up a little differently than your previous Android phone. There’s a new step to take between turning your phone on and it fully booting up. That’s another feature of Android Marshmallow — or, rather, a feature being re-enforced in Marshmallow: Encrypted storage. And while HTC could do a better job of making it sound less scary the first time you see it, you should be happy it’s there.

Phones that ship with Android Marshmallow and meet the required minimum standards are required by default to use full-disk encryption, which mandates a password to unlock the phone. This feature means a few things: First, your storage and data will be encrypted. You’ll also need some kind of lock method, as the phone needs to draw its encryption key from somewhere (you should be locking your phone anyway). Optionally, your phone may require have an extra step to unlock when booting or rebooting. (Again, that’s optional, but we recommend it.)

Before your phone finishes booting, the A9 will ask you for that password, pattern, or pin. You can’t use that fingerprint you registered, either, you’ll have to use the backup PIN, so make sure you don’t forget it between reboots. You have 30 tries, and after that the device will be erased. So do try to remember it. If you didn’t use any security on your lock screen, you won’t be prompted to decrypt anything during startup.

Kodi Media Center For Android Is Now Available On The Play Store, No Beta Request Necessary

Free App of the Week in Google Play: Thomas’s Musical Day For Percy